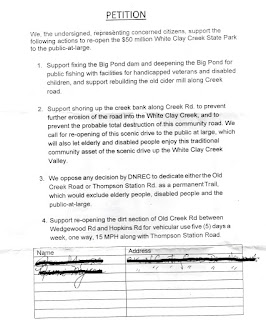 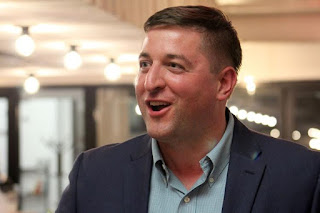 "Incumbent State Sen. Bryan Townsend cruised to victory against his Republican challenger Daniel Kapitanic, securing his seat for another term in the District 11 race."

What can we say, friends? Except that today, we are taking the first healing steps forward, in trying to recover mentally and physically from the advocacy efforts that we have put forth for you, our neighbors, and for the wildlife, and quality of life, that this development now brings. It was hard work - gathering and presenting the facts and evidence, spending hours researching and writing. But today, this will be our last post, and the Facebook page deleted forever. There is nothing more for us to say and do. We now know that, except for those in adjacent communities, no one's listening, and nobody cared. That's a hard fact to accept . . . that there are so few of us. We were outnumbered by others who were willing to forgive the three Legislators responsible for this preventable tragedy -- or worse yet, simply didn't care about the quality of life that will now be compromised for us in Todd Estates 2, Breezewood, and other communities along the Route 4 corridor. The numbers proved that last night. Not only did the challengers lose, but it was a resounding defeat -- an electoral massacre that was made even more bitter by the fact that two of the challengers -- William W. Dilks Sr. and Dan Kapitanik -- worked very hard. They canvassed, met with Constituents, went to civic meetings, etc. We are grateful to them that they stepped up, and gave us hope that those who did this to us would be voted out.

We want to say a very big Thank You to those few of you who were with us every step of our 3.5 year journey, fighting for our region's last precious parcel of bio-diverse land that so few thought worthy of saving, and that was abundantly clear in the votes we saw on Nov. 6. We will now focus on our website Ogletown Resilience, where we will share our ideas for gardening, encouraging wildlife conservation and protection, permaculture, sustainability, and active transportation with like-minded folks. Our goal is limited now to preserving our own properties, making them even more eco-friendly, and to share ideas with others who cherish the environment, as we do. We hope that you will think to contact us sometime, and maybe visit us there. Thank You especially to those of you who consistently "liked", commented on, and shared our posts and articles. There are too many of you to mention by name, but you know who you are. You are among the very best and honorable among us, because unlike the Legislators and those who voted for them. you cared. Unfortunately, caring about anything in DE anymore has become a crime -- the like the wildlife whose crime it is to cross the highway. We wish all of you peace, especially those of you who will now suffer the consequences of this environmental crime, both in your home values as well as further increased traffic congestion and property taxes. Life for you will change, forever.

During this effort, we experienced corruption and appalling Legislator behavior that we didn't imagine possible, like their tantrums and unprofessional behavior at meetings, which we were unprepared for. We were helpless as key large Environmental orgs refused to endorse and help us. Unlike with Newark's advocacy community (that also ignored the STOP campaign), no attorney would even look at our situation, never mind assist pro-bono. At almost every turn, we were discouraged, and even berated, as it was reported to us that the Legislators, particularly Townsend and Osienski, were telling our neighbors and others that we were liars, conspiracy theorists, etc.

And finally, please - always remember that the Legislators did this to us. The destruction of the land and the unnecessary development will forever remain their legacy, even though their reputations have emerged unscathed and even improved over the STOP outcome. For the few STOP followers that did care, we will always know this happened under THEIR watch. We will be forever convinced that Senator Townsend, Rep Osienski, and Councilwoman Diller deliberately kept plans for the Chestnut Hill "Preserve" hidden from Constituents for over two full years because they wanted this development to happen as donor payback. Then, stunned that anyone would oppose it and want a park instead, they went into overdrive to silence those voices . Based on the evidence, there can be NO other explanation. Don't forgive them for that, ever. Not only is the region forever devoid of a regional park because of them, but all the innocent wildlife, including the threatened and endangered, will be dying in vain as their home in the forest and open fields are forever destroyed, and what's left degraded by pesticides, fertilizers, Chem-Lawns and other suburban runoff.
Posted by Frank Warnock at 5:05 PM No comments: