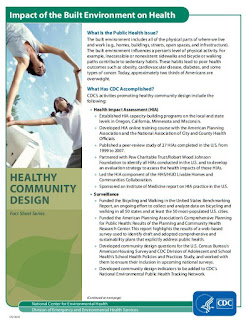 Senator Townsend's taking Chair of the Senate Health, Children, & Social Services committee in 2017 is, once again, hypocrisy at its absolute worst. In this case, Mr Townsend denied a clear, common sense remedy by refusing to champion place-making, green space and a regional park right in his own District 11. An entire region of New Castle County has now lost that opportunity forever, with only more traffic congestion (and road rage) to show for it.
See also: Access to Parks and Open Space by the Institute for Local Government:
And THIS article, by the Trust for Public Land:

Email ThisBlogThis!Share to TwitterShare to FacebookShare to Pinterest
Labels: Corruption, Land Use, Statistics

No Shame: Townsend & Osienski lying to the Newark Post

An article appeared in the Newark Post on August 15 about Townsend & Osienski's proposed trail network on what remains of the Orphanage Property wooded section. The two continue to lie -- repeatedly -- about their role in the loss of the land. They both took the stuffed envelopes and knowingly sold out the last and only chance for a regional park and some form of place-making for the Ogletown-S. Newark region. Business interests trumped revitalization, community building, and enhanced property values and that will be their legacy.

Excerpts from the article:

For the second year, trails proposed for the wooded land behind the former Our Lady of Grace Orphanage are stuck in limbo.

“Initially, we thought the area was in need of a county park and that’s why Sen. Bryan Townsend and I did pursue that route with the county,” said State Rep. Ed Osienski. “When that did not happen, we thought that the surrounding communities would still be interested. There are some trails back there that have developed over the years.”

Ultimately, [developer Bob] Sipple decided not to sign the easement due to the changes it required, according to emails obtained by the Newark Post. Sipple did not return a request for comment.

“I think we want to try to keep it for these trails, and if that doesn’t work out, then I think we would have a conversation with the other parts of the Route 4 corridor about what kind of local investments might be helpful to people, ideally from an environmental and leisure perspective,” Townsend said.

Townsend's "Plan" for himself AND Rep Osienski is to try and salvage some form of credibility in the face of blatant corruption that they themselves participated in. 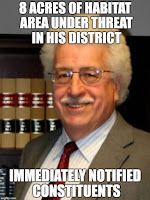 Nothing can change the fact that both knew years in advance that the Felician Sisters were looking to build, and that they NEVER brought it to the public or Advocate's attention. Each time someone would confront them with this fact, they answered "well, we didn't think it would happen" or "we didn't think the Sisters could get a plan approved". Sometimes they even say they did go public, mentioning it at local civic meetings (that are sparsely attended if that). The fact is, THIS is how you go public, as they demonstrated themselves!

What Townsend could have done was recognize the threat of development in 2013, well before the plans were drawn up and the regional park alternative was easily achievable. At least he or Osienski should have immediately understood the invaluable opportunity they had to do something great for their districts and their constituents. THEY didn't do that, they didn't see the need for this invaluable open space as a public asset, because that would fly in the face of their donor interests. So watching as they lie in this manner, and trying and save face with a no-go trail project on private property is laughable at best. 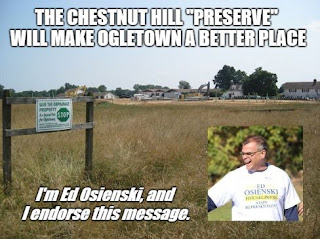 Despite such widespread and enthusiastic support for a regional park, no amount of action or visibility on the part of residents and citizens counted toward democracy in Townsend's District 11 -- and in light of such obvious corruption, the rule of law. It became painfully clear that, from the very beginning, the fate of the land was already sealed. Townsend and his cohort Osienski were well aware in 2013 that development of the Orphanage Property was coming, and kept it a secret from their Constituents for 2 years -- long enough that it was too late to stop it.
Posted by Frank Warnock at 11:41 AM No comments:

Updated "About Us" for Ogletown Resilience 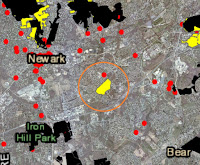 Ogletown Resilience was started as a citizen advocacy campaign with the goal of helping to preserve the environment and quality of life in the S. Newark-Ogletown region. Its signature cause was Save The Orphanage Property (STOP), an activist-led campaign to preserve the last significant open space left in the S. Newark-Ogletown region. The lush forests, fields, wetlands, and critical habitat areas presented the last place-making opportunity and last chance to have its own regional park.

Our suburban built environment relies almost exclusively on cars for even the shortest of trips. That, and the paving of our last green spaces has serious socio-economic consequences for society, including disconnect from nature, social and family life. Our mission to bring some form of self-reliance, community building, and protecting the natural order was defeated by overwhelming corruption among County and State Legislators and policy-makers, as you are about to read in these pages.

The Legislators responsible for this loss will lie, and try to convince you and future generations that they did indeed try to save the 180 acre Orphanage Property from development. However, there is proof, including a detailed dissection of their Timeline, and more importantly, the thought provoking unanswerable facts and questions that were raised that prove their failure to act. If they truly wanted a park, at least one of them would have been a champion for the STOP cause and made it happen. There is plenty of precedent around this State and around the country for similar actions, where the responsible legislator goes on to be immortalized.

For those of you wondering how this page was named, it was inspired at the local level by "Resilience", a national advocacy movement with similar goals with many State Chapters.
Posted by Frank Warnock at 9:39 AM No comments: