Meyer, Ogletown-S. Newark Legislators are a disgrace to democracy

A 2.5 year exemplary citizen advocacy campaign to save the Orphanage Property (OP) in Ogletown in its natural state, and to truly preserve it as a future regional park has finally ended. Multiple windows of opportunity for buyout were -- time and time again -- refused action by our legislators on both the County and the State level.

It is estimated that, judging by a 1,100+ following on social media alone, Save The Orphanage Property (STOP) had many thousands of area residents that were backing the campaign. No fundraising took place, and no memberships were offered; it would be the truest of grassroots efforts. Despite such widespread and enthusiastic support, no amount of action or visibility on the part of residents and citizens counted toward democracy -- and in light of a broken Unified Development Code, the rule of law. It has become painfully clear that, from STOP's earliest beginnings, fate was already decided. Councilwoman Lisa Diller, State Rep Edward Osienski, and Senator Bryan Townsend were well aware that development of the OP was coming as early as 2013, and kept it a secret from their Constituents until it was too late. 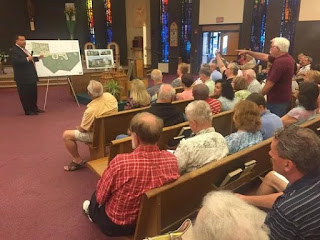 Shortly after news of the CHP was leaked, Councilwoman Diller was forced to call an emergency public hearing. At least one is required by County law for any major plan. In July 2015, hundreds of area residents came out to Holy Family Church and were shocked and dismayed to find out that the CHP was already well advanced and would be difficult to stop. Had she, along with our two State Legislators brought this to the public two years earlier, it could have been an entirely different outcome. A way could have been found to provide the Felician Sisters with their 60 units of affordable housing, which the STOP Campaign supported, while preserving the bulk as a regional park. The Nuns at that time had even favored such an outcome over the development.

Immediately after this first and only hearing, "Save Ogletown Pond" (SOP) grew exponentially, with the immediate goal of steering any development away from the "Ogletown Pond" critical habitat area. The developers did comply and adjusted their plan to the west and closer to Breezewood. But the larger goal did not stop there; it was soon obvious that everyone wanted the entire parcel for dedicated open space, wetland protection, wildlife buffer, and ultimately, a regional park. The Ogletown-S. Newark area is devoid of such a facility, that could be walkable, jogable, or bikeable from their homes. Those closest -- Glasgow and Pike Creek -- are a 20+ minute drive for most, which contradicts Gov Minner's "Livable Delaware" and DNREC's "Trails and Pathways" initiatives (among others). The Orphanage Property represented the last potential green space that can be designated, and in the process, it would prevent some of the horrific damage being done to Delaware's bio-diversity and wildlife habitat according to a recent report authored by Senator Stephanie Hansen. That chance is now gone due to political apathy and indifference, and a shunning of "We The People".

The amount of dishonesty and half-truths by these legislators was staggering. They did a superb job at keeping advocates in flux, confusion, in darkness and not knowing, and having to guess who was on the side of truth. Councilwoman Lisa Diller insisted all along that the property was not for sale, and for all intents and purposes, she was "done and finished" with any notion of a buyout. She made that clear in meetings, and in writing, in one of her e-newsletters. That simply wasn't true, because as seen, it was later sold to developers. The onus then shifted to NCC Exec Matt Meyer, who failed to produce a buyout proposal that was acceptable to the Felician Sisters. During that time, Senator Bryan Townsend repeatedly said that Mr Meyer threw away several windows of opportunity.

Because it was Mr Meyer who was meeting with the Sisters, not the State legislators -- who were either prohibited or unwilling to participate -- advocates had no conduit and thus no way to know if progress was being made. In a leap of faith, they chose to put their complete trust in Senator Townsend, who claimed to be in regular touch with the Sisters and thus, receiving their updates on negotiations. The news was not good; Mr Meyer, according to Townsend, had bungled repeat buyout offers by not meeting several basic demands that he and the Sisters had verbally agreed upon. He simply wasn't "going after it" with the heart of someone who really wanted a park for Ogletown. He had an excellent deal in the palm of his hand, with a huge multiplier in State money, but simply wouldn't close it. This was the news coming back to advocates with repeated calls and emails from the State Legislators, mainly Senator Townsend. 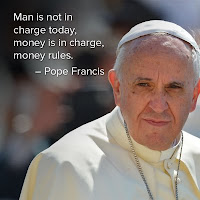 In the time that ensued, the announcement came through that the Sisters sold the OP to Robert Sipple, a major land developer. With Ryan Homes, he is currently heading up the controversial LaGrange development along Rt.40 in Glasgow, where they are fighting to develop a "permanently" protected historical area (more on that in future posts). Advocates re-organized and thought it best to contact Mr Sipple directly, and ask for a meeting to find if there was a price that he and his people would accept in a buyout proposal. A non-STOP advocate (who chose not to be identified) made contact with Mr Sipple through Joseph Setting of Setting Properties. Mr Setting is the developer that was cited by the Wilmington News Journal as the developer of the OP just shortly after the CHP was leaked and then announced in 2015. He continues in two LLCs that are associated with the development of the OP, which runs contradictory to his claim of being disassociated.

The meeting took place around lunch, with Senator Townsend in attendance. Apparently, Rep Osienski was unable to attend for medical purposes. Or so he says. There was no agenda, but Mr Sipple quoted a figure of $7.14M that he thought would be an acceptable buyout cost, but that he would need to meet with his partners to discuss. Little is known about the meeting beyond that, but Senator Townsend insisted that his repeated calls and emails to Mr Sipple since then had gone unanswered. It is his opinion that Mr Sipple's lack of confidence in NCC is what has him now moving forward with the CHP as opposed to any thoughts of selling.

As it turned out, Advocates did learn that Exec Meyer had agreed to bring 1/2 the buyout price before NCC for a vote, which if successful, would make the OP a State and County purchase as originally hoped for. Unfortunately, Mr Meyer also said that he wanted no part in negotiations with Mr Sipple or any logistics in a buyout. That alone ended any notion of County involvement, financially or otherwise, because any deal on this scale must come at the County level.

Complete silence from all parties would follow, with the exception of one instant message from Exec Meyer on the evening of Jan 17 putting his $3+M offer in writing. His language suggested he was naive about the current situation, and questioned if the Bond Bill funding had come through on the State side. Nothing he said indicated he had spoken with Senator Townsend or Rep Osienski. He further suggested that it was their failure to progress that held things up. Meanwhile, Townsend replied "I have seen email communications from Meyer that are not at all a rosy picture of support for [STOP]. Meyer (of course) says he supports [the buyout], but then goes on to say how the County can't afford to participate."

As of 1:30 p.m. on Thursday, January 18, 2018, surveyors set up camp on the OP. They are beginning the drainage and utility mapping for 270 homes that are now sure to come. The CHP is anything but a "preserve", but in a complete oxymoron, that is what they call it. This super high density development will completely fill in the region's last remaining wildlands and open space that is suitable for a deserved regional park. Construction will soon be underway, with no apparent way to stop it.

We will now summarize some key aspects of the STOP campaign, and why things turned out the way they did.

Whether or not it was a vested interested in the Chestnut Hill "Preserve" (CHP), corruption, or simple indifference, one thing is abundantly clear; the loss of STOP was a colossal failure of political will and competence. The Ogletown-S. Newark region was already known to be dis-enfranchised in matters of community, place-making, and local access to quality regional parkland facilities. What has taken place here only cements this issue further, and in a way that can never be reversed. The goal now must be to replace these lawmakers with just and competent leaders who will listen to, and respect "We The People". November 2018 is not far off.