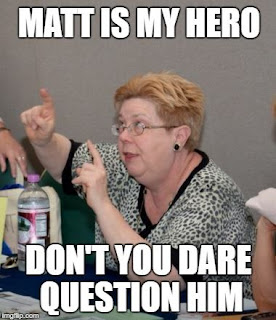 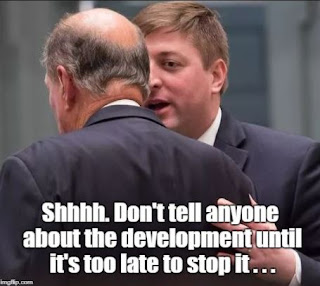 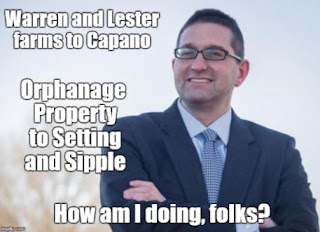 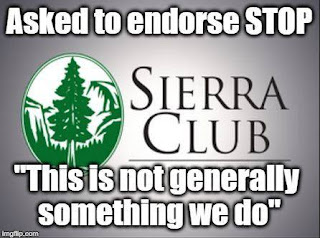 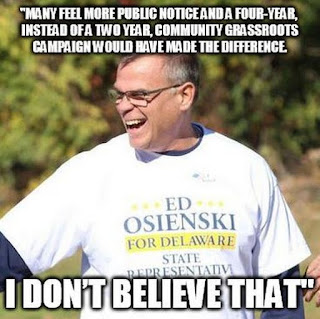 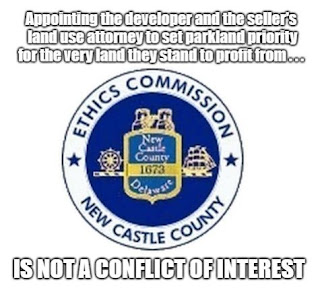 Posted by Frank Warnock at 7:07 PM No comments: 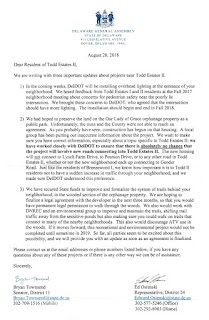 How ironic is it that Rep Osienski and Senator Townsend sent out letters to adjacent neighborhoods, that they are working on 'permission' from the new Orphanage Property owner and developer (Bob Sipple) to allow the building of public trails through the remains of the Orphanage Property woods?

Imagine if they had the foresight to send a letter in 2013? Imagine had they sent this before any of the development plans were even drawn up, to give residents and Advocates a chance to intervene? Beyond any shadow of a doubt, they would have begun working with the Felician Sisters and Tom Gordon for a regional park, and the odds of success overwhelming. But no, they did not, because as Advocates have so clearly demonstrated time and time again, they wanted this Chestnut Hill "Preserve" to happen.

The letter accuses Advocates of putting out "inaccurate information" No, they did not. They posted speculative information here and on social media pages about what could happen, in light of the fact that Gender Road access will likely be cut off, due to the Adverse Possession lawsuit pending. And don't be fooled; a connection to Todd II or Breezewood would still happen if it became a matter of building the development by code, or because safety demanded it. Remember, when needed, Emergency Services and Police will need to be able to get into the development quickly and safely. Right now there is only one access - the developer wanted two, and in the end, DelDOT will have the final say.

IF Townsend and Osienski have so much power to over-rule DelDOT and NCC in this matter, why didn't they intervene and demand Meyer make a good faith effort to Save The Orphanage Property? Even if they are correct, and they manage to stop any other connections, the Chestnut Hill "Preserve" is 269 Dwelling Units. The Unified Development Code calls for a bi-directional, signalized intersection for over 300 DUs, so we're looking at just under that number. It is a foregone conclusion that at some point in the future, DelDOT will upgrade Route 4 to better accommodate congestion and close-call issues at the CHP, using tax payer dollars.

Like so many other facts we've stated -- and not once have been disputed -- another glaring fact is how these two (and NCC's Diller, equally at fault) refuse to take one ounce of responsibility for the disaster unfolding. They refuse to acknowledge the fact that the region is completely disenfranchised because of them; that they held the only ever opportunity for a regional park in the palm of their hands, and threw it away. The time to save it was when they first learned of the smallest possibility of development - but instead, their inaction, disinterest, and lack of public engagement allowed the CHP to move forward to the point where it would be difficult, though not impossible, to stop it. So what did they do? Handed responsibility to newly elected NCC Exec Mat Meyer, himself bought off by construction interests and having zero vested interest in the region or a park.

So now it's election time, and they're in full damage control mode. Their folly is unfolding right here in front of us. We see it, and it's time for new leadership. Don't be taken; vote all 3 -- Diller, Osienski, and Townsend -- OUT of office on Nov. 6! 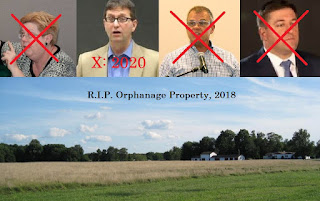 Posted by Frank Warnock at 7:45 AM No comments: