Delaware is once again poised for a dismally high position -- if not taking the nation's top spot for walking fatalities again this year. Ditto for bicycling - in a runaway - but we will cover that in a future article. Here, in no particular order, we will examine what we believe are the top 6 reasons for why this is so and will likely never change:

1) Motor vehicle priority and right of way through crosswalks and intersections. Delaware gives motor vehicles priority and right of way through mid-block crosswalks and radial turns, and puts the onus on pedestrians to create his or her own opportunity to cross. This doesn't change even with DelDOT's flashing beacons installed at a few of them; peds are still sidelined, waiting to make the first move -- hoping cars will stop. In no way is this progressive or conducive to pedestrian safety.

2) An antiquated traffic code for pedestrians. There are numerous discrepancies and problems that a complete overhaul of Delaware's vehicle code is LONG overdue. The language is so antiquated that it even includes a holiday as impacting where and how to enforce it, including "soliciting contributions shall not apply on the Saturday immediately prior to Father's Day". Advocates volunteered many hours of time and did an overhaul, presenting it in legislative bill form to Delaware's Pedestrian Council. Ultimately, the State's defacto walking advocacy org, Bike Delaware, infiltrated the Ped Council and quashed the effort.

3) Wide lanes, slip lanes, and unregulated radial turns that induce high speed and discourage defensive driving, even in known pedestrian hot spots. Instead of traditional crossroads, most of Delaware's suburban thoroughfares consist of radial turns to keep motor vehicles moving as quickly as possible through intersections. This seriously compromises pedestrian safety, since the beginning and end of the crosswalk is unregulated and never signalized. As they are induced to maintain speed, motorists seldom yield, and usually just barrel on through even when pedestrians are present. This is not at all conducive to pedestrian safety, and not only adds to the danger, it discourage walking in the first place.

4) Very few pathway facilities that make safe connections between existing communities, commerce, and civil services. Lack of connectivity in development codes, and an ignorance of livability concerns throughout most of Delaware's planning history have all but sealed the fate of its suburban dwellers. Bike Delaware at one time made mention that connectivity is their mission, which includes piecing together what few streets do connect to try and create low stress networks. But for the vast majority of disconnected and unincorporated suburbs, they have yet to demonstrate how interconnecting pathways can be added without violating private property rights and/or invoking imminent domain -- never mind the exorbitant costs involved. In the end, those walking and biking are inevitably forced out onto arterial roads and their high speed intersections to reach most destinations. 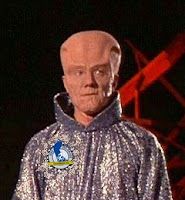 5) An apparently fraudulent "Advocacy" organization in Delaware that will not support reforms, including a bill proposal (see #2 above) to update the traffic code in the interest of safety. "Bike Delaware" lobbies for reforms with priority on new housing construction only, helping developers achieve density waivers. With the occasional bone thrown to seasoned cyclists, they can focus on builder's profits with advocacy for "TOD" (Transit Oriented Development) and have this slip by virtually unnoticed. They ignore even the simplest ideas for retrofitting the built environment and have no record of endorsing open space conservation and park opportunities. Virtually all of their efforts are focused on the more privileged areas of the State including Old New Castle, the home of their Exec Director himself. For the unincorporated and disenfranchised folks who lack open space, bike paths and/or regional park access from home, they have to settle for what's on offer. This includes the high speed arterial roads and highways discussed here, for pleasure activities such as biking, walking and jogging.

6) Very little police presence and law enforcement to begin with. It is no secret that the police in Delaware -- in particular State and County -- are either stretched way too thin or even working without a contract. In what's become a culture of "anything goes", progressive reforms that include, e.g. stronger crosswalk signage with actual fines posted will remain out of the question. Unless a rare sting, the police are never around to actually enforce it, except perhaps in court after an injury or fatality. It is not uncommon at all for residents in unincorporated areas to go weeks or months without seeing a squad car in their region. When everyone knows that they can stretch, bend or break even the most basic laws of civility and predictability, higher crash counts inevitably follow. While the actions of the pedestrian (or bicyclist) is always cited as contributing or not, a gross lack of defensive driving due to paltry driver education, no redundant education, and virtually no law enforcement is a far greater problem overall.

Summary: Though certainly not alone in this, Delaware's built environment is a microcosm of the death and carnage now accepted as "normal" in the U.S. -- normal by placing motor vehicle traffic at human scale. Earlier govt planners, engineers and architects foisted this upon us by trashing livability in favor of "Stroads" that incorporate driveways, streets, parking lots, etc as directly connected to highways. Post WW2 design should have included frontage, service, and ring roads, and other treatments that allow highways to stay just that: relatively uninterrupted carriage ways between larger destinations with ample walking-biking cross-through (tunnel under) opportunities. Now dangerous by design, the State and its Counties (along with their Advisers and Advocates) are unable or unwilling to provide the needed tools and coping strategies.

View the proposed updated Delaware Vehicle Code for Pedestrians in pdf format, that was quashed by Bike Delaware and the Delaware Pedestrian Council with no further discussion. It was crafted by using the best of language from progressive States, e.g. Washington, Oregon, Mass, etc where motorist's respect for non-motorized road users is visibly higher than in Delaware, and the statistics are there to back it.

View the 2018 pedestrian fatality statistics for the whole of the U.S. Delaware took a "rest" from the top 5 in 2018, but is set to return in 2019. It is currently the #1 most deadly State for bicycling.

Read an article in Strong Towns comparing Streets, Roads, and "Stroads", and what we can do to eliminate the latter in favor of livable streets and communities.

Watch James Howard Kunstler on YouTube destroy the very notion of cars as human scale.
Posted by Frank Warnock at 9:10 AM