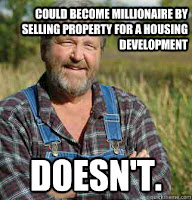 With past News Journal articles backing NCC Executive Meyer when he speaks of similar parkland needs in Southern New Castle County (NCC), it is important to note that the Save The Orphanage Property campaign was never just about a much needed locally accessible regional park (tho' that is high on the list). Here are the TOP 15 other reasons we gleaned from hundreds of our follower's comments, emails and messages, in no particular order:
Senator Townsend just wrote to us Friday Nov. 17, with several key stakeholders in CC, and had this to say:

"I have been informed that the sale [Sisters/Developers] closed today. Though we’ve known for many weeks that this was likely to happen, it still is deeply, deeply saddening that such an amazing opportunity for the Rt 4 community was missed. Thank you for all your efforts; we would not have made at as close as we did without them."

We thank the Senator for his communications; he has been consistent in his contact with us. But it just can't get any more disgusting. A select few that are anointed to look out for us 'mere mortals' have made a decision that will forever change an entire region for the worse, and it can never be undone. We remain speechless, stunned at what amounts to a total breakdown in Government leadership, combined with blatant hypocrisy within the Catholic Church. Words escape us.
Posted by Frank Warnock at 2:57 PM