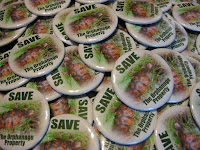 Many of our followers have brought this question to light; why Eminent Domain -- a clearly defined means of land acquisition -- was never called upon by area legislators to save the Orphanage Property. Advocates too are puzzled, since both Senator Townsend and Rep Osienski insist that they have done everything legally possible. And surely, they will make excuses for why Eminent Domain wouldn't have worked or couldn't have been used.

Not far from here at all is a very different take:


The use of eminent domain to establish public parks, to preserve places of historic interest, and to promote beautification has substantial precedent.

(b) Notwithstanding any other provision of law, neither this State nor any political subdivision thereof nor any other condemning agency, including an agency as defined in § 9501(b) of this title, shall use eminent domain other than for a public use, as defined in subsection (c) of this section.

(c) The term "public use" shall only mean:

(1) The possession, occupation, or utilization of land by the general public or by public agencies;

(2) The use of land for the creation or functioning of public utilities, electric cooperatives, or common carriers, or

(3) Where the exercise of eminent domain:

2. Removes a structure that is beyond repair or unfit for human habitation or use; or

3. Is used to acquire abandoned real property; and

b. Eliminates a direct threat to public health and safety caused by or related to the real property in its current condition.

Then in Title 7, Chapter 75, we see the following:

The General Assembly finds that:

(1) The provision of lands for public recreation and conservation of natural resources promotes biological diversity, public health, prosperity and general welfare and is a proper responsibility of government.

(2) Lands now provided for such purposes will not be adequate to meet the needs of an expanding population in years to come.

(3) The expansion of population, while increasing the need for such lands, will continually diminish the supply and tend to increase the cost of public acquisition of lands available and appropriate for such purposes.

(4) Rapid growth and spread of urban development is encroaching upon, or eliminating, many open areas and spaces of varied size and character and many sites with important cultural and natural resources. These areas, spaces, and sites, if preserved and maintained in their present open state, constitute important physical, biological, social, aesthetic, recreational, or economic assets.

(5) The State must continue to permanently protect substantial quantities of such lands as are now available and appropriate so that they may be preserved and developed for the purposes enumerated herein.

(6) It is the public policy of the State that the permanent protection of land shall be accomplished through the voluntary acquisition of interests or rights in land, or donation of said lands, and that said acquisition or donation constitutes a public purpose for which public funds have been expended or advanced and should be continued.

We urge our readers to look over both chapters, and determine for themselves could our legislators have saved this last remaining jewel of a landscape? With such large gaps in their 2013-2015 timeline, i.e. waiting for the Nuns to call them as their drive toward application/exploratory plan approval went forward, couldn't they have at least made the threat?

And despite the drainage and sewer work, it's not too late. Except the reality is, neither legislator wants STOP to happen; from Day 1, their intentions (failure to progress) has been abundantly clear. 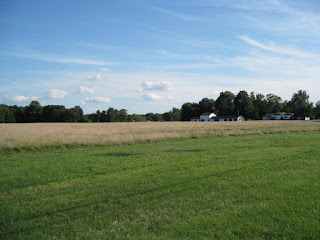