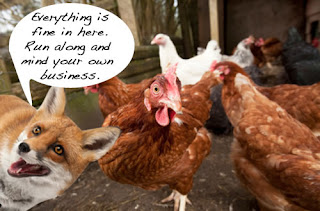 The NCC Ethics Committee (NCCEC) already quashed STOP's complaint against Exec Meyer, based on subjective information and hearsay from interviews of those accused in STOP's complaint. This also included Rich Hall of Meyer's Land Use Dept for the failed traffic impact study (TIS) debacle. This is a gross injustice, because even to a layman, putting the developer and the seller's land use attorney in Chairmanship positions on any Parks Team -- the equivalent of putting foxes in charge of the hen house -- is criminal, disgusting, and inappropriate. Even if their intentions were pure, it doesn't remove the potential for bias and favoritism. The two had a vested interest in developing the Orphanage Property. That in itself is a Conflict of Interest (COI), and that the NCCEC denied this suggests collusion between them and Exec Meyer. After all, it was Meyer that appointed them, another COI!

Out of consideration, our representing attorney with the NCCEC suggested that organizations like STOP usually spend the money to execute Freedom of Information Act (FOIA) requests. By doing so, we would make every last attempt to retrieve all documents, emails, texts, etc between Exec Meyer and the Felician Sisters from the time that the supposed buyout negotiations took place. However, this can be very expensive and STOP Advocates have already spent enough of their own money on this failed campaign. Not only that, but a FOIA is not a subpoena; Meyer and his minions would have full discretion over what was divulged, much of which took place in private and likely has no documentation.

According to Executive Meyer in his "County Efforts to Preserve Felician Sisters Ogletown Property" timeline:

Over the course of negotiations, New Castle County made the property owners four written offers to acquire the land. Each offer expressed the County’s support for the owner’s desire to retain a portion of the parcel and develop 60 affordable rental apartments. To date, the four County offers stand as the only written offers to purchase and preserve this land.

Funding commitments for purchase:
County: County Executive Matt Meyer offered up to $2.5 million in New Castle County funds to acquire this land at appraised value, subject to approval by County Council and contingent on the commitment of matching funds from the State of Delaware.

STATE: In June, 2017 State Senator Bryan Townsend initially tried to secure “$2 million for the first year of a five-year, $6 million commitment,” to purchase the property according to draft bond bill language he submitted to the General Assembly.  Unfortunately, Senator Townsend’s efforts to secure that allocation were unsuccessful and the approved Fiscal Year 2018 bond bill only included a soft one-time commitment of $1.25 million in state funds.  The failure to secure adequate funds from the State complicated efforts to secure a successful purchase. 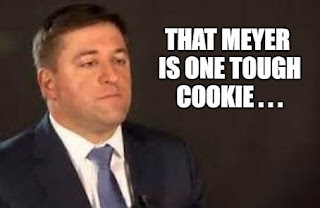 In Senator Townsend's public timeline "Ogletown Park", and in person and in emails, he and Rep Osienski tell the opposite story. They describe how Exec Meyer was anything but sincere and genuine in wanting a regional park. There were not 4 buyout offers; only 2 were viable. They claim that Meyer's 2 lame attempts at a buyout agreement failed to include several key conditions that he promised the Sisters.

In July 2017, Towsend and Osienski detail the difficulties they had in encouraging Meyer to present a reasonable offer to the Sisters, and how invaluable time was squandered and deadlines expired. Additionally, on Aug 1st, 2017, they claim that Meyer refused to participate in a joint teleconference with Sen Townsend, even though that was the Sister's own request. The Sisters felt that Townsend understood their needs and had communicated them effectively. "Ogletown Park" and its timeline is a publicly released document and an official statement from Townsend/Osienski, and should have been used as admissible evidence to support STOP's complaint to the Ethics Committee, but apparently, it wasn't enough.

So, in a game of "Name that Liar", we have two attorney politicians representing the County and State, with two very conflicting stories. To make matters worse, neither will challenge each other out of Democratic party loyalty, and will jump at the chance to support each other's re-election bid!

In our next post: More on the NCC Ethics Committee, including a scanned copy of their letter dismissing the Setting/Hoffman/Parks Transition Team conflict of interest, and how useless they really are.
Posted by Frank Warnock at 5:49 PM