Save The Orphanage Property: Update

This is our latest understanding about the fate of the Orphanage Property.

The Felician Sisters of North America entered into a contract in mid-April to sell the bulk of the Orphanage Property (beyond their affordable housing project) to a new, local developer. They included a provision allowing them to “opt out” of that contract if the county was able to present a fair and workable offer. After two months, and no further response (beyond an offer of appraised value only) from Executive Meyer and New Castle County, that option was allowed to expire in June. The onus is now on the new developer (unknown at this time) to buy the property, which still carries some flexibility to exit the contract if they so choose. A 16 day extension was recently granted, giving the developer additional time to decide whether or not to move forward with the purchase, which would then become irrevocable. That extension will, apparently, run out one day next week.

According to sources in the know, there is a very slight chance on the buyer’s (new developer) side that may allow the “window of opportunity" to re-open. Indeed, the buyer could still back out. As of right now, both buyer and seller have agreed on 90+% of terms. If the final 10% falls through, the County/State would have a chance to step up -- but it would only be successful if Executive Meyer and NCC are serious and ready to put up a fair offer. This would include funds to cover at least half of the project (Chestnut Hill "Preserve) planning costs up to this time.

In the words of Mark Schafale, the Felician Sister's Chief Financial Officer:

I am sorry we were unable to work out an alternative arrangement with the county prior to that expiration. We certainly did everything we could to cooperate with discussions in that direction, but it just did not get done. The sisters believe strongly that God is watching over this process, and that if the park is meant to be, something will emerge to make that happen. But for now, we are awaiting our buyer’s final decision as to whether to move forward with the purchase (which will eventually lead to the building of the other 200 housing units). That is where things stand and we will try to keep you informed as things continue to unfold. 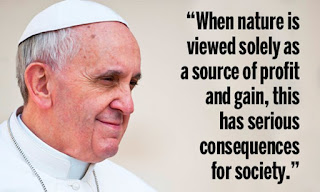 Again, these are the "facts" as we know them. They are derived from multiple sources, including our elected leaders and the Felician Sisters themselves, and are all we have to go on. Barring a miracle, we have forever lost this invaluable opportunity on Executive Meyer's refusal to offer above the appraised value of $5.9M, and the Sister's (and Mr Meyer's) refusal to put the desperate pleas and needs of thousands of real people before maximum financial gain. It's a very sad day for New Castle County, looking at the kind of environment that we (and those claiming the highest of righteousness) are planning to leave for those that come after us.