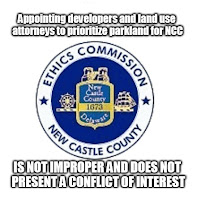 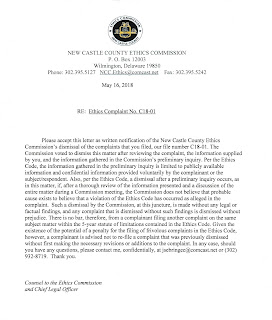 Conflict of Interest is not enough for Ethics Commission
Posted by Frank Warnock at 12:37 PM