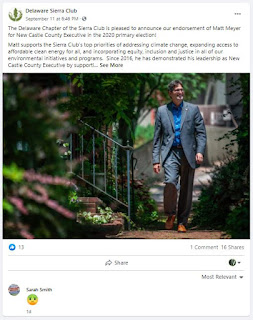 In a stunning show of hypocrisy and ignorance, the Delaware Chapter of the Sierra Club endorsed Matt Meyer for re-election in 2020 as New Castle County Executive. The hypocrisy of this demonstrably corrupt organization is staggering, but not unexpected. In this case, there are simply no words that can describe the moral repugnance of Matt Meyer, an anti-environmentalist and ally of the building industry, who is now lying to the contrary to boost his re-election bid. For those with a Facebook account, you can read their endorsement HERE. Excerpts: 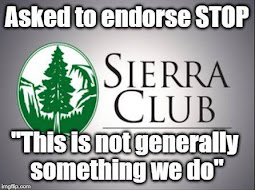 For the record, Saving the Orphanage Property (STOP) was a three year grassroots campaign (2015-2018) to save the last significant open space in Ogletown, Delaware, the Our Lady of Grace 180 acre Orphanage Property, for a regional park. Sierra Club would not endorse the effort, as "something they generally do not do", and NCC Executive Matt Meyer quashed it completely. It was the last chance for the community of Ogletown-S. Newark to fulfill and live the vision promised by Gov Ruth Ann Minner's Livable Delaware initiative. Livable Delaware proposed that we must control suburban sprawl and channel development to previously used or vacant land; that every Delawarean have local, ready and convenient access to healthy outdoor activities and parkland. Ogletown-S. Newark does NOT currently have access to parkland within biking and walking distance for most, and now never will thanks to Matt Meyer and his Democratic cohorts in Legislative Hall. The effort was crushed and defeated by government corruption on the part of New Castle County (incl Meyer) in coordination with State elected legislators, all with financial ties to development interests. STOP and Community residents watched hopelessly as he, along with Senator Bryan Townsend, Rep Ed Osienski, and Councilwoman Lisa Diller allowed this one-time chance to slip away forever. 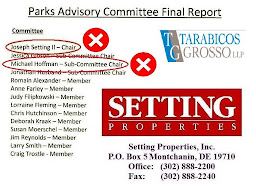 The Meyer Administration has shown itself to be corrupt and immoral from the first time he was elected in Nov 2016. When Meyer formed his Transition Teams in January 2017, he put the very Developer who stood to profit from the Orphanage Property, Joseph Setting, in charge of the Parks Transition Team -- whose task was prioritizing parkland for New Castle County. He also appointed a land use attorney from the legal firm (Tarbicos) representing the Felician Sisters of N. America, those selling the Orphanage Property. Although STOP lodged a formal complaint pleading a conflict of interest given Setting stood to gain financially from developing the Orphanage Property, the NCC Ethics Commission (whose members are appointed by Meyer himself) dismissed it. They refused to hold Meyer accountable for this gross injustice and clear conflict of interest, even though STOP had presented objective evidence, and Community outrage against this injustice, to support the charge. 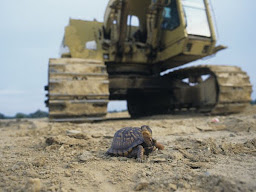 Sierra Club also endorsed Lisa Blunt Rochester, a non-signatory on a petition for Open Space as a plank in the Democratic platform. In past elections, they have also endorsed Bryan Townsend in his position as State Senator, which may eventually lead him to a Governorship or U.S. Congressional seat. As we all know, Townsend -- above all others -- could have stepped up and saved the Orphanage Property 2 full years before the community even knew about it, but chose not to given a campaign war chest largely funded by builder interests. For Sierra Club to now openly endorse Meyer as an environmental steward and praise him for his position to "increase its [NCC's) protection of air quality, drinking water supplies, floodplains, wetlands, forests, and other critical natural resources" is repugnant, disgusting, and beyond foul. Not only did he diss the Advocates who worked tirelessly for years to save the Orphanage Property, he didn't care that there were threatened and endangered species who lost their lives as the bulldozers came through killing everything in their wake. He, and Sierra Club didn't care about replacing flora and fauna, open space and woods with the urbanized human footprint. Land in its natural state, containing critical habitat area according to DNREC, that also included the LAST open space suitable for a regional park and trail system for an entire region -- now gone forever. The last significant open space in the Ogletown-S. Newark region went from carbon sequestering and lush biodiversity, to asphalt and thousands more car trips per day on Route 4 and the countless tons of carbon emissions this produces.

There is little to be surprised about with Sierra Club, anymore. They have taken anti-environmental positions that include non-endorsement of grassroots campaigns like STOP, under the facade that they do. They fund raise from corporate donors that include Fracking interests. They engage in activities that include greenwashing of environmental truths by e.g. promoting "renewables" as the fundamental answer to climate change. Sierra Club, at both the National AND State levels, is not worth a dime of your money.

* * * Boycott Sierra Club * * *
Do not join them, do not donate, do not participate in any of their activities.
Posted by Frank Warnock at 6:34 AM